Client Journeys Must Adapt To The Attention Economy – Is Yours Primed To Capitalize Or Capsize On It?

Treat it like your most precious asset, because it is.

Any financial services firm re-engineering its advice experience or crafting a new client journey should pay close attention to the changing physics of attention.

The price advertisers pay for a standardized amount of attention (a blend of attention quantity and quality) has increased somewhere between 7- to 9-fold in the 20 years 1994 to 2014. 1

And that’s prior to the FAANGs really nailing the algorithms to hook your clients and monopolize their attention (see The Social Dilemma on Netflix). Likely, attention engineering has driven that price even higher since 2014.

"All our competitors in the attention economy are getting better at knowing what grabs attention, too. The consequence, Lehmann [author of a Danish study on attention] says, “is there’s less time for depth, because there’s so much other attractive stuff out there, also vying for your attention.”

Source: Vox.com, How the Internet is Fracturing Our Collective Attention

Your clients pick up their phones an average of 58 times per day.

“Our attention is being captured by devices rather than being voluntarily regulated. We are like a sailor without a rudder on the ocean — pushed and pulled by the digital stimuli to which we are exposed rather than by the intentional direction of our own mind.”

– Richard Davidson, neuroscientist at the University of Wisconsin Madison, as reported by Vox

Realize this doesn’t mean your clients’ ability to concentrate for extended periods is disappearing entirely. You need only look at stats on Netflix binge-watching to appreciate that.

It’s more the “floating on the ocean of digital stimuli” effect—some of us paddling with a bit of direction, others truly directionless—and when we spot something worthy of a deep dive, we can still dive deep. But triggering those deep dives is so much harder these days, because of the overwhelming quantity of highly tailored, compelling digital stimuli we compete against.

This attention fracturing has happened so gradually, the real danger for those of us (re)designing client journeys is we won’t think radically enough. We don’t think to ask ourselves or our teams a set of frame-breaking questions…questions that can help us innovate experiences that sing in today’s attention environment

Questions to consider for your firm’s client journey

So, let’s get the ball rolling. Here’s my list of punchy questions to force “out of box” thinking. Get out your client journey maps, assemble your team, and ask yourselves:

Ahead of these frame-breaking exercises, it’ll help to get your team to do a bit of reading and research in advance, to open their eyes to what’s possible with the latest in decision science, behavioral economics, gamification, and human centered design. A fine place to start that research is right here on the Capital Preferences website—the science page and our latest insights. Other sources of inspiration below.

Oh, and look at that…I’ve just gobbled up one of your 2-10 minute screen sessions. Thanks for your attention – I know how precious it is.

Here are other sources of inspiration for innovating your customer experience:

Get the latest insights and inspiration from Capital Preferences. 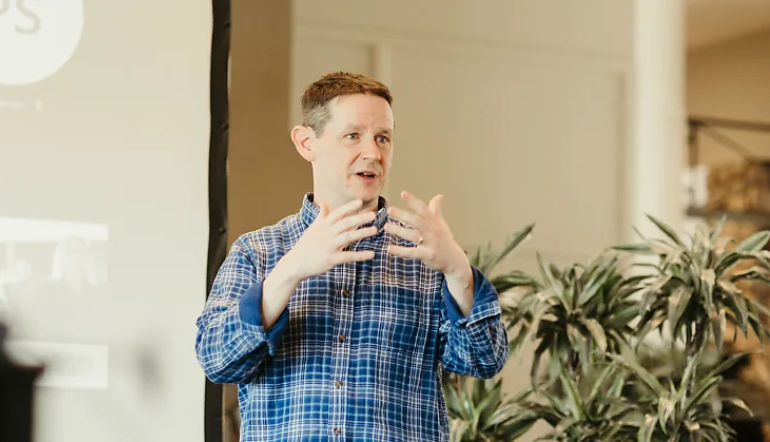 He is a co-author of The Challenger Customer, a Wall Street Journal best-selling book on B2B marketing and sales, and has contributed to Harvard Business Review and blogged for Forbes. He lives on New Zealand’s South Island with his wife, four children and two overactive border collies.